This session featured highlights of the ITF Transport Outlook 2019. Jari Kauppila, Head of Quantitative Analysis and Foresight at the ITF, provided insights into some of the highlights of the Transport Outlook 2019; for example, urban mobility will double by 2050 and freight transport demand is likely to triple by 2050. Current greenhouse gas mitigation ambitions would reduce CO2 emissions from transport by 30% if implemented, despite the steep growth in demand. However, this would be insufficient to meet climate goals. Disruptions affecting the transport sector will need to be managed very well to avoid adverse sustainability effects.

Asa Vagland, Senior Adviser and Deputy Director at the Swedish Ministry of Infrastructure, said that the sector was not well prepared for disruptions. However, in Sweden, awareness of the potential for future disruption has led to a restructuring of responsibilities within ministries to enhance their ability to cope with disruption. Transport, energy and digitalisation are now all part of the ministry of infrastructure.  The biggest future challenges are believed likely to revolve around data security and protection.

Alan McKinnon, Professor of Logistics at Kühne Logistics University, Hamburg, argued that freight transport is particularly exposed to expected climate change mitigation actions, but that there is much uncertainty as to their likely impact. For example, it is not clear what the impact on the (freight) transport sector of future energy infrastructure transformation will be, or what freight movements will be required to adapt our infrastructure to climate change impacts. The biggest unknown for the sector is the impact of climate change on consumption patterns and supply chains. In the future, mobility will have to be curbed and lifestyles will have to change to meet climate-related policy goals.

Karen Vancluysen, Secretary General of Polis Network, pointed to the many challenges facing cities. Many innovations are occurring, but it is unclear which will endure what impact they will have. Hence, it is also unclear what should be done to accommodate and/or regulate them. Policy responses aimed at ensuring public goals are met should include both those based on positive and negative incentives (i.e. “carrots and sticks”). Ms Vancluysen observed that the public acceptance of “sticks” (e.g. a new, more restrictive traffic circulation plan) often increased once residents have had a chance to observe their positive impacts. It is therefore crucial to trial policy ideas first, before asking residents for their opinion.

Ramon Cruz, International Policy Program Director at the Institute for Transportation and Development Policy, underlined the important differences between developing and developed countries. For example, the impacts of some technological changes may differ significantly due to very different income levels. Importantly, there are lessons that industrialised economies can learn from developing countries. For example, developing countries’ experience with informal transport demonstrates its flexibility and potential to provide public transport services in situations in which more traditional public transport provision cannot operate effectively.

Maximilian Eichhorn, Vice President Strategy at Siemens Mobility, noted that the adoption of the right regulatory framework can be a key factor in the successful implementation of many innovations. For example, the success of the high-speed rail line between Madrid and Barcelona in taking significant market share from air travel is due in large part to its strong on-time service performance. This, in turn, has been encouraged by regulatory requirements that travellers get a full refund in case of a delay of 15mins or above, creating strong incentive effects. Such innovations, combined with the right regulatory framework, can change travel behaviour.

Overall, discussions were dominated by the climate challenge and its role as a major disruptor of the sector, both via changing transport activity caused by climate change and via new transport solutions that may help reduce the climate impact of transport itself. 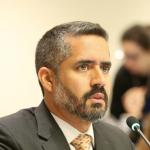 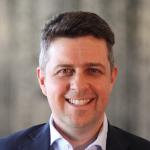 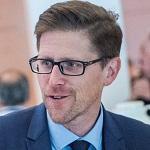 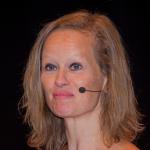 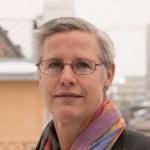 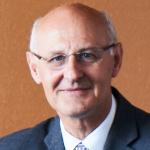