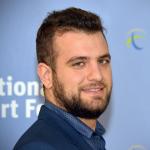 Dimitrios joined the International Transport Forum in November 2016. His principal areas of work within the ITF are urban/non-urban passenger models, urban accessibility, and passenger aviation. He is currently in working on the development of ITF’s urban and non-urban passenger models, which estimate and forecast transport demand, modal shares, and GHG emissions; and potential decarbonisation pathways. The models and their outputs are used to analyse transport policies and their impacts, and create meaningful policy recommendations. With respect to urban accessibility, he helped develop the Urban Access Framework for the project “Access and Safety in European Cities”. This project was funded by the European Commission, and developed an accessibility indicator database for all European cities with populations of over 500,000 people.

Before joining the ITF, Dimitrios completed a PhD in Transportation Systems at the MIT-Portugal Program at the Instituto Superior Técnico. In his dissertation, titled “Assessing  the  relation  between  mode  choice,  user  satisfaction,  and  quality  for  Public  Transport  systems”, he developed a set of models addressing the connections between the various elements of public transport systems and user choices and satisfaction. Dimitrios has also worked as a Research Associate in Project Drawdown, an alliance of scientists, researchers, and other stakeholders whose aim is to combat climate change by modelling the effect of existing strategies regarding how to reduce GHG emissions, and proposing promising new strategies in this regard.

Dimitrios holds a MEng in Civil Engineering (with a specialization in Transport Planning) from Democritus University of Thrace, Greece, and a PhD Degree in Transportation Systems from the MIT-Portugal Program at the Instituto Superior Técnico, University of Lisbon, Portugal. Dimitrios is a Greek and Canadian national and speaks Greek, English, German, and French.