Connecting places and people: Which policies for better integration of cities and urban regions?

Michelin’s CEO, Florent Ménégaux told the plenary that mobility is a key driver of human progress and the challenge today is to provide more mobility with less impact. Sustainable connectivity also has a social component, which requires thinking about the specific needs of different groups of people. As Seleta Reynolds, General Manager of the Los Angeles Department of Transportation highlighted, it is necessary to promote “transport happiness”, by increasing transport quality for all. For her, this requires “over-invest[ing] in communities which have not received investments in decades”, these largely being inhabited mostly by low-income people. She emphasised that mobility networks need to be tailored to the needs of all users, rather than focusing on those with nine-to-five work schedules and mobility patterns, as has traditionally been the case. The needs of women and those with low-wage jobs, as well as unemployed or retired people, require greater attention. Frederick Schroeder of the World Blind Union similarly underlined the need for connectivity to work for everyone, including users with restricted mobility. Achieving this involves a change in perspective, where society must change its conception of inclusion from one based on benevolence to one based on economic benefit. Developing inclusive transport systems and social infrastructure yields major economic benefits because it substantially increases the labour force and the consumer base, as well as providing improved services for the wider population.

Lord Mayor Burkhard Jung emphasised the need to increase the modal share of public and active transport in order to be able to enhance urban connectivity in sustainable ways. There is increasingly strong demand for public transport, as illustrated by the fact that the strongest population growth in Leipzig is occurring in areas that are to be served by the newly constructed routes serving the wider urban area. Mayor Burkhard also emphasised that cycling is one key to the green transport move and noted the importance of strengthening bicycle infrastructure, including by improving safety.

Mohamed Mezghani, Secretary General of UITP, highlighted the challenge of finding a way to move from a ready-made transport system to a “tailor-made transport system” that better responds to passenger needs. He argued that digitalisation provides a great opportunity for attaining this goal, enabling Mobility-as-a-Service solutions that serve the interest of the consumer, but also the well-being of the wider population by enabling more sustainable transport choices. Gloria Hutt Hesse, Chilean Minister for Transport, highlighted the fact that many middle-income countries such as Chile currently have a relatively large public transport modal share and that a key challenge in this context is to “retain this advantage” as income levels rise. She noted that transport was previously addressed as a technical matter, but is increasingly being addressed from the perspective of social needs. Transport planning must in future consider broader behavioural aspects, as well as wellbeing. One aspect of the needed change is the adoption of more flexible regulatory approaches, which better accommodate new-app-based services. However, achieving these gains requires public transport authorities and operators to develop and attract the right skills to leverage new technologies. This can be, as SG Mezghani remarked, an opportunity for increasing the participation of women in the public transport sector.

All relevant actors need to co-operate with each other to achieve a “shared vision” and objective of promoting sustainable modes, such as public and active transport, for increasing overall well-being. Mr Ménégaux warned of the need to avoid opposing private and public sectors. Rather, there must be a concerted effort between private and public sectors. Minister Hutt Hesse argued that the market, while essential “is not going to solve everything” and that public intervention and regulation are essential to achieve public goals. Keechoo Choi, Chair of the Korean Metropolitan Transit Commission said that a fundamental need, when developing policies and regulations, is for transport and land-use planning to go hand in hand. Importantly, it is necessary to develop governance systems that bring all relevant actors into the table.

Widening the shared vision at the international scene is also essential to meet sustainable development goals. ITF Secretary-General Young Tae Kim insisted that “international co-operation is more than an overused phrase” in the transport sector. Minister Hutt Hesse echoed his view, inviting participants to attend COP25 in Santiago de Chile, and reminding them that actions against climate change in any sector need to be led at a global scale, while taking account of the different situations of individual countries. In particular, she explained that developed countries have to understand and help developing ones meet their environmental objectives in a way that also addresses their social and economic inequalities. For this and other subjects, international platforms of dialogue and policy exchange are essential, such as, as she put it, ITF, “the Davos of Transport”. 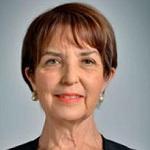 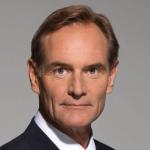 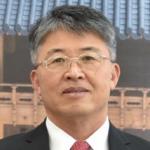 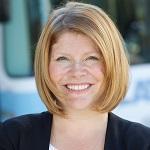 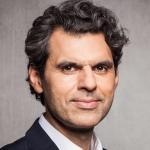 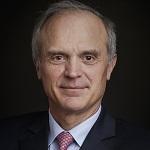 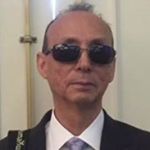 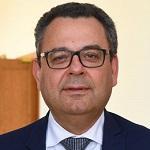