Maritime transport has undergone major changes over the last decade. Many shipping companies have not recovered from the 2008 crisis yet. Overcapacity has put freight rates and profitability under pressure. Environmental issues have become more prominent, in particular sulphur regulations and the 2018 IMO Initial GHG Strategy. As part of a longer trend, shipbuilding activity in the main ship types (container, bulk, tankers, offshore) moved to Asia, whereas construction of complex ships (such as cruise, research, naval ships and mega yachts) has remained in Europe, but is under increasing competition from Asian manufacturers. In terms of employment, the number of European seafarers has declined and more seafarers are now coming from developing countries. For ports, major developments are related to increases in ship size, ranging from container ships to car carriers and cruise ships. This has put major strain on infrastructure with the very large volumes of cargo or passengers to be handled at the same time.

In this environment, government support has had mixed impacts. In the EU, a strategic choice was made to support the shipping sector via state aid, but not the shipbuilding sector. In various Asian countries, both sectors are supported. The result of subsidised shipbuilding has been overcapacity in shipbuilding and low costs for new builds, whereas maritime subsidies provided shipping companies with the means to acquire these. “Maritime subsidies have distorted and are still heavily distorting competition and have contributed to the current overcapacity in merchant shipbuilding”, said Christophe Tytgat (Sea Europe). These maritime subsidies can take various forms, from expenditures to favourable tax treatment in the form of tonnage taxes that replace the regular corporate income tax. “Tonnage taxes are essential to keep European ship owners – and their offices – in Europe”, stated Martin Dorsman (ECSA). For Philippe Alfonso (ETF) maritime subsidies can be explained by the emergence of flags of convenience, but he deplored the fact that most of the subsidies in Europe have not helped to retain seafarer jobs for Europeans. Christophe Tytgat made a plea for a multilateral agreement on shipbuilding subsidies. For Katherine Bamford (Port of Vancouver) federal support has been essential in linking the port to the hinterland via freight corridors.

Over the same period, the emergence of China has affected maritime transport in many ways. In one decade, China’s control of container terminal operations in Europe has increased from zero to 10%. For the port of Vancouver, trade with China represents now a third of total cargo volume. Various speakers note that the EU has become more proactive in its dealings with China and hope that the reciprocity principle that it has announced will become applied.

Different ways were discussed in which maritime subsidies could be conditioned. Philippe Alfonso said: “It would make sense to make maritime subsidies, such as tonnage taxes, conditional on creation of European seafarer jobs”. Christophe Tytgat envisaged a system in which local content requirements could be added to subsidies for short sea shipping. Katherine Bamford underlined how federal priorities are often translated into support programmes at the port level. She also underlined the need for evidence-based policies and collaborative approaches to policy-making, saying “Ports need to look beyond their own jurisdiction to remain competitive”. 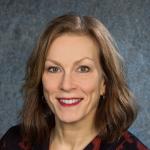 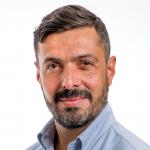 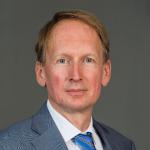 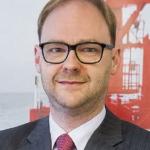 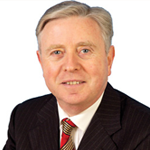 Moderator, Journalist and former President of the European Parliament